Europe's 2019 capital of culture grew in population last year, unlike rest of the country 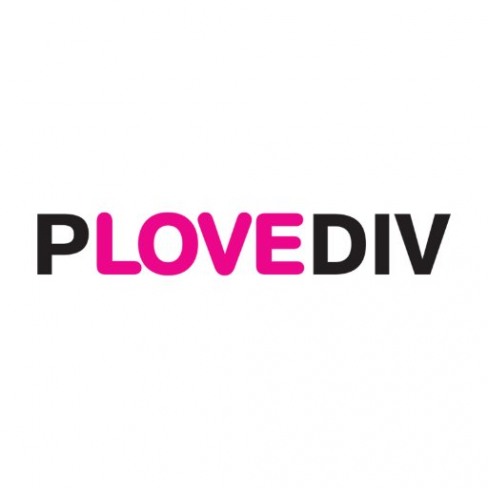 It is the world’s fastest shrinking nation, with young people leaving in droves for other corners of Europe, birth rates falling off dramatically, and even Syrian and Afghans refugees fleeing war are bypassing it for sunnier or more lucrative areas of the globe. Bulgaria has lost nearly 2 million of its 9 million inhabitants since the end of communism 30 years ago. Corruption casts a dark cloud over the capital, Sofia.

But in Plovdiv, an ancient city in the country’s Thracian heartland, Katya Staykova bounds with sunny optimism as she darts around town in her sleek jet black Mercedes. A bubbly public relations maestra of 54, she exudes an air of can-do as a native-born booster of Plovdiv, which is one of Europe’s two capitals of culture in 2019.

“I personally believe that the constant flow of bad news is meant to control people,” Ms Staykova says. “This is how to keep people from acting by making them feel hopelessness.”
An oasis of optimism and good fortune in a region beset by woes, Plovdiv is blessed with warmer weather than the capital, Sofia, and a dramatic hilly setting that has drawn young people from all over Europe. In contrast to much of the Balkans, it has bucked the trend in Bulgaria and the neighboring countries and is growing year after year, even attracting expatriates from far away. The city’s can-do attitude may provide lessons for other dying eastern European cities

“We decided to start a business here,” says Melissa Manche, a 24-year-old Peruvian chef who moved to Plovdiv with her Bulgarian husband to launch a chic bistro and bar that serves a fusion of Latin American and Balkan cuisine. “The market for gastronomy here has just started to develop.”
Their restaurant, Tams House, is located within The Trap,  a once-dilapidated and abandoned warren of narrow pedestrian streets that housed 19th century craftsmen, and rebuilt over the last decade as a hipster haven, with galleries adjacent to vintage clothes shops and cafes.

Last year the population of 360,000 grew by 2,500 people, said the city’s deputy mayor, nearly triple the growth rate of the capital. With a renovated ancient quarter filled with bars, cafes, and hip shops, and graceful architecture and parks throughout the city, including 50km of bicycle paths, the city makes for an attractive place for young people. A diverse population includes ethnic Greek, Turkish, Armenian, Jewish, Russian, and Roma minorities.
But city officials say the heart of Plovdiv’s success and appeal is jobs, specifically a series of industrial commercial zones established far outside the city centre more than 20 years ago.

From humble beginnings as producers of German and Italian confections, they now employ 30,000 people in light industries such as automotive parts, as well as in information technology, and have begun to forge ties with other institutions in the city.People hanging out in The Trap (Borzou Daragahi)“The truth is that with these economic zones we’re trying keep the young people here, and we have close ties with universities and schools and so they provide the right types of skills and education,” says Stefan Stoyanov, deputy mayor for business development.

“You can work here and get a good salary, or start a business,” he says. “And it’s cheap.”

The economic success has not come easy. The city began losing population 10 years ago following the global financial meltdown, but “step by step” refound its path, said Plamen Panchev, CEO of Sienit Holding, which oversees the half dozen or so economic zones around the city. “Not everything is nice but every year something gets better,” he says.Georgi Dimitroff quit his job at the state orchestra to play violin on the streets of Plovdiv (Georgi Dimitroff)The city’s upbeat spirit attracts risk-takers like violinist Georgi Dimitroff. He returned to the city, where he had studied at the music academy, after he quit low-paying, full-time work at government orchestras. He put on a 18th century wig and costume in the style of Amadeus Mozart and began playing classical music on the streets, with his dog Tera by his side. He became a local hit, earning up to $200 per day, saving up enough to buy a building with his girlfriend and open a three-room guest house, called Fun and Rest.
“We can do something we love, and we can do something we want, and we can be our own bosses, and our own slaves,” he says of his entrepreneurial lifestyle.

Ms Staykova and other boosters hope the city’s status, alongside the southern Italian city of Matera, as a European capital of culture will put it on the map.
Cultural highlights of the year include an exhibit of artwork from the Berlin Wall, which was breached 30 years ago this year with the collapse of the eastern bloc, an exhibit on southern Bulgaria’s once thriving tobacco industry, and a performance by the US rock band Garbage.

Civic leaders note that their ancient city, which dates back 8,000 years, is one of the world’s oldest continuously inhabited settlements, and was once a major crossroads between the Middle East and the rest of Europe.

“The difference between us and other European capitals of culture,” says Svetlana Kuyumdzhieva, artistic director of the Plovdiv 2019, “is that no one even knew that we existed.”
Credit: https://www.independent.co.uk
All News