The mysticism and natural wonders of Breznik and the surrounding area 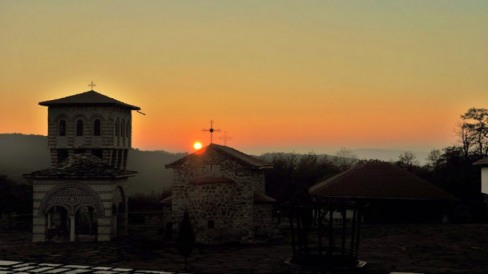 The region of the town of Breznik is proud of its multitude of churches dating back to different periods in history. In our day some of them have sunk into oblivion, their ruins a reminder of their former glory. Others have withstood the test of time and are now part of the itineraries of tourists with an interest in history.

There are more than 30 churches and monasteries scattered in the town’s environs. And every one of them has its legend of rise and fall. Interestingly, many of the Christian churches were actually erected after the fall of Bulgaria under Ottoman domination in the 14th century.

“Indeed, we have a great many churches from the early period of Ottoman domination. In the period from the 15th to the 17th century the construction of churches continued,” says Milena Karamfilova from the Regional Museum of History in Pernik. “On the one hand because that was a way to stand up to the foreign power and religion. And on the other – people in remote and isolated villages were able to circumvent the prohibition and build their Christian Orthodox churches and monasteries on the quiet.”

The medieval church St. Petka is known as the jewel of Breznik. In the time of Ottoman domination it was burnt to the ground, but in 1811 it was restored to its former glory. The frescoes that have come down to us are from the 18th-19th century. An exposition of artifacts from different historical periods found in the vicinity has been arranged in the church yard.

One of the most popular religious tourism destinations is Tsarnogorski monastery near Gigintsi village, an active cloister founded in the 11th century. It too has been burnt down and raised from the ashes.

In the 17th-18th century Breznik and the area around was a magnet for prominent icon-painters and builders. Here, practically every village has its own church dating back to the time of Ottoman domination. Like Banishte, for example. The church with its beautiful frescoes is in the outskirts of the village. It was built at the time of the Second Bulgarian Kingdom and was part of a wealthy monastery. Just like the others it was burnt down, but in the 19th century it rose from the ashes like a phoenix.

The ancient churches and mysterious medieval crosses connected with the presence of the Bogomils, the Cathars and the Knights Templar in these lands are truly fascinating to lovers of the mystic. And what of the well-church in the village of Gurlo? It is thought to have been built in the 12th century BC, and some say it is actually a solar calendar, others – that it was used as an astronomical observatory.

History and nature go hand in hand in Breznik and the surrounding area. If you visit the St. Petka church, then you simply must go to the Zhelyazna Voda (iron water) spring whose water has a rusty flavor and colour but has healing properties. Or to Banishte village where you can look around the earthen pyramids hidden away by a copse. Not to mention the beautiful landscapes in the region which draw photographers, painters and travelers to this area like a magnet at all times of the year.